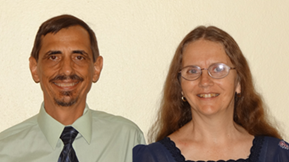 Ray & Paula serve in St. Denis, France (suburban Paris), working to connect North African immigrants with Jesus. They have been church planters among Muslim and animistic peoples in Africa for 30 years, through medical and translation service roles. In February 2019 the government of Mozambique declined their application for residency status. Forced to return to the U.S., they earnestly sought God’s direction for His next assignment. Given the large population of Muslim immigrants in the French capital, they moved in 2020 to their current city with the strategic purpose of planting new churches among unreached Muslim people groups.

The Yoders were previously in field leadership positions in Africa working with a national church.